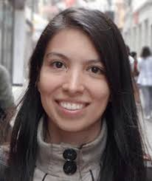 Elisa Celis’ research focuses on problems that arise in the context of the Internet and its societal and economic implications. She approaches these problems by using both experimental and theoretical techniques. Her work spans multiple areas including social and computing crowdsourcing, data and network science, and mechanism design and algorithm with a current emphasis on fairness and diversity in artificial intelligence and machine learning. She has published articles in journals such as IEEE Transactions on Network Science and Engineering, Journal of Applied Network Science, Human Computation Journal, Management Science, SIAM Journal on Computing, among others. Before coming to Yale, she worked at the École Polytechnique Fédérale de Lausanne as a senior research scientist since June of 2014. Celis holds a Ph.D. in Computer Science and Engineering and an M.Sc. in Mathematics, both from the University of Washington. 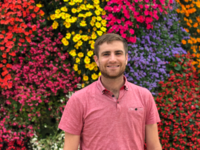 Joshua Kalla arrives at Yale in January 2019 as an Assistant Professor of Political Science with a secondary appointment in the Department of Statistics and Data Science. His research seeks to understand the processes of persuasion and decision-making among voters and politicians, primarily through the use of randomized field experiments conducted in partnership with political organizations. His published work has appeared in Science, American Political Science Review, American Journal of Political Science, Political Analysis, The Journal of Politics, among other outlets. His teaching interests include American politics, voting behavior, experimental design, and the data science of political campaigns. He received his Ph.D. from the University of California, Berkeley and his B.S. from Yale, both in Political Science. 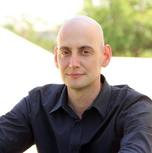 Roy Lederman joins Yale as Assistant Professor of Statistics and Data Science and a member of the Quantitative Biology Institute. Lederman is interested in the organization and analysis of data, and he is working on computational and modeling problems in cryo-Electron Microscopy, a technology for mapping molecular structures. He works on various problems of alignment, classification, and signal processing that are motivated by application in cryo-EM. He is particularly interested in heterogeneity; for example, imaging of mixtures of different types of molecules. He also works on “hyper-molecules”, which represent heterogeneous molecules as higher-dimension objects. Lederman returns to Yale after being a postdoc at Princeton University. He served as a Gibbs Assistant Professor at Yale prior to this. Lederman has a Ph.D. in Applied Mathematics from Yale and one B.Sc. in Physics and another in Electrical Engineering from Tel Aviv University. 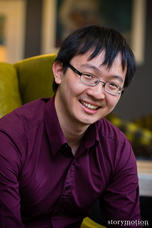 Zhou Fan’s research focuses on statistical theory and methodology, and related areas of probability and machine learning. Fan’s expertise lies in random matrix theory, high dimensional and multivariate statistics, random graphs and networks, and discrete algorithms. In recent years, his works have been published by The Annals of Statistics, Probability Theory and Related Fields; Statistica Sinica; Symposium on Theory of Computing (STOC); among others. Fan completed his Ph.D. in Statistics at Stanford University and spent a summer working on statistical genetics at the Broad Institute before joining Yale’s faculty. Prior to obtaining his Ph.D., he worked for two years at D. E. Shaw Research developing statistical and software tools for molecular dynamics simulations of protein molecules.