Congratulations to Dan Spielman! Dan is a recipient of the 2022 Ciprian Foias Prize in Operator Theory. 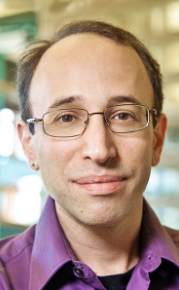 Adam Marcus, Daniel Spielman, and Nikhil Srivastava will receive the 2022 Ciprian Foias Prize in Operator Theory. The award recognizes their highly original work that introduced and developed methods for understanding the characteristic polynomial of matrices, namely the iterative sparsification method (also in collaboration with Batson) and the method of interlacing polynomials.

Together, these ideas provided a powerful toolkit with many applications, notably in the trio’s breakthrough paper “Interlacing families II: mixed characteristic polynomials and the Kadison–Singer problem” (Annals of Mathematics, 2015), which solves the famous “paving problem” in operator theory, formulated by Richard Kadison and Isadore Singer in 1959.

We are honored and delighted to be awarded the inaugural Ciprian Foias Prize in Operator Theory, and we wish to accept it on behalf of the many people whose work contributed to the resolution of the Kadison–Singer problem. Our involvement was the final chapter of an amazing story we hope will inspire similar solutions of difficult problems in the future. Had it not been for a series of works over a span of decades, we would likely have never known about the Kadison–Singer problem. Gil Kalai’s insight first introduced Dan and Nikhil to the problem. The eventual addition of Adam to the effort was, in many ways, due to a paper of Nik Weaver that argued (presciently, it turns out) that the aforementioned series of papers had revealed a combinatorial problem masquerading as an analytic one. Our progress came less from stereotypical flashes of brilliance, and more from systematic computer experimentation. The importance of computers in our work cannot be understated—while the eventual proofs were constructed “the old-fashioned way,” the discovery of “what we should try to prove” would likely never have occurred without the help of modern technology. Finally, we were fortunate to have the groundbreaking work of Julius Borcea and Petter Brändén at our disposal, and a revolutionary idea from Leonid Gurvits as inspiration. 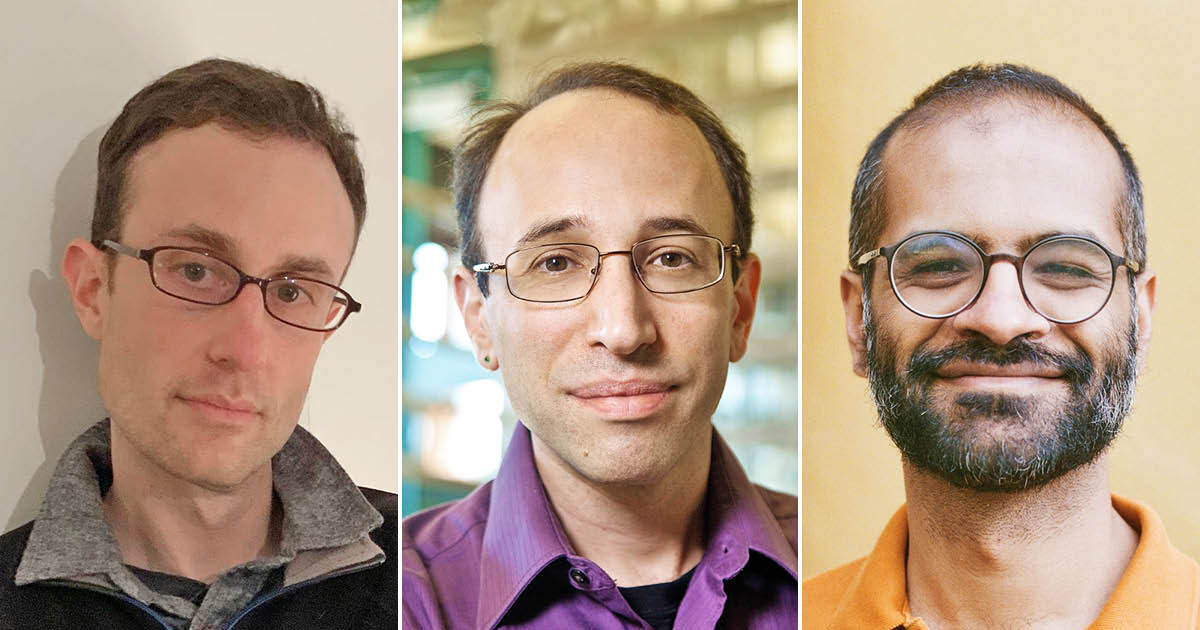 I [Adam] was in my final year of graduate school when I first heard about the Kadison–Singer problem from Dan. I knew (and accepted) the risks of dedicating all of my time and effort to a single problem when I joined Dan and Nikhil, so when I finished four years at Yale without any notable results, I decided to forego seeking a tenure-track position and look for jobs in other industries. I was fortunate to find a startup in the New Haven area, making it possible for me to continue working with Dan (in person) and Nikhil (remotely) on the problem in my spare time. It was during this time that we found our eventual solution, and I am grateful for our CEO Ross Kudwitt’s flexibility, allowing me to work on the problem and travel to give talks. I hope that it does not go unnoticed that I was willing to bet my entire academic career on this venture, and that there are likely many others who have done the same. I am simply one of the fortunate few that can claim to have won the bet (eventually). In that respect, I would like to think that some small part of this prize is not about a single outcome, but a recognition of the efforts of everyone that has dedicated a significant part of themselves to an improbable pursuit. I share this honor with all of you and will be donating our portion of this award to the new “Steve Sigur Fund for Young Scholars Programs” at the American Mathematical Society in support of the next generation of our ranks.

I [Dan] feel privileged to have been able to work with Adam and Nikhil during this time. Adam’s bet provided a strong motivation for us to keep working even when success seemed distant. I would not have been able to maintain this effort without the support of my wife, Donna Marland, who asks, “What problem are you going to work on this vacation?”

I [Nikhil] was a third-year graduate student advised by Dan when we started thinking about this problem as an outgrowth of an earlier project on graph sparsification with Josh Batson. I remember being stunned the first time we computed an expected characteristic polynomial in MATLAB and saw that it had real roots. We had very slow progress on Kadison–Singer during my years as a postdoc, and I am grateful to Dan and Adam for keeping us afloat by regularly sending emails with half-baked and sometimes crazy ideas in this difficult period. Finally, I thank my colleagues at Microsoft Research India for providing a most nourishing and enjoyable working environment during the last year of this project.

We [all] are grateful to the prize committee and the AMS for choosing us for this recognition. It is humbling to be told that our work has had an impact worthy of such an award.

Adam Marcus holds the Chair of Combinatorial Analysis at the École Polytechnique Fédérale de Lausanne (EPFL) in Switzerland. He attended Washington University in St. Louis as an undergraduate before pursuing his PhD in the Algorithms, Combinatorics and Optimization program at Georgia Tech. He spent time as a Gibbs Assistant Professor at Yale and an assistant professor at Princeton University before coming to EPFL in 2019. He also spent three years as the Chief Science Officer of a small startup called Crisply. Marcus is a proud alum of the Hampshire College Summer Session in Mathematics and the Budapest Semesters Program, and his interests lie in all areas of discrete mathematics.

Daniel Spielman double-majored in Mathematics and Computer Science at Yale and received his PhD in mathematics from MIT. He spent a year as an NSF Mathematical Sciences Postdoctoral Fellow in the computer science department at UC Berkeley, and then returned to the mathematics department at MIT. He moved to Yale in 2005, where he is now the Sterling Professor of Computer Science, a professor of statistics and data science, and a professor of mathematics. He is an ACM Fellow and a member of the National Academy of Sciences, the American Academy of Arts and Sciences, and the Connecticut Academy of Science and Engineering. Spielman has received the ACM Doctoral Dissertation Award, the IEEE Information Theory Paper Award, the Gödel Prize, the Fulkerson Prize, the Nevanlinna Prize, the Polya Prize, the Held Prize, a Simons Investigator Award, and a MacArthur Fellowship.

Nikhil Srivastava is an associate professor of mathematics at UC Berkeley. He double-majored in Mathematics and Computer Science and minored in English at Union College, advised by Alan Taylor and Peter Heinegg. He received his PhD in computer science at Yale in 2010, advised by Dan Spielman. After postdocs at the Institute for Advanced Study, the Mathematical Sciences Research Institute, and Princeton University, Srivastava moved to Microsoft Research India in 2012, where he stayed until 2014 before coming to Berkeley. He didn’t like linear algebra as an undergraduate but now works almost entirely on problems related to eigenvalues and eigenvectors in various contexts.

The Ciprian Foias Prize in Operator Theory is awarded for notable work in operator theory published in a recognized, peer-reviewed venue during the preceding six years. The prize, awarded every three years, was established in 2020 in memory of Ciprian Foias (1933-2020) by colleagues and friends. He was an influential scholar in operator theory and fluid mechanics, a generous mentor, and an enthusiastic advocate of the mathematical community.

The 2022 prize will be presented Wednesday, January 5 during the Joint Prize Session at the 2022 Joint Mathematics Meetings in Seattle.

Find out more about the prize.

The American Mathematical Society is dedicated to advancing research and connecting the diverse global mathematical community through our publications, meetings and conferences, MathSciNet, professional services, advocacy, and awareness programs.